The rocks at Tanjung Balau, east of Kota Tinggi in Johor, are the beach rock with wind-stress features that hold the ancient secrets of life and earth. 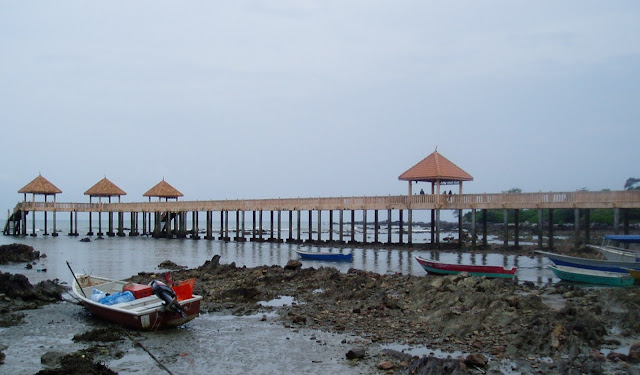 
The prehistoric geological sites beach rocks are unique and shown distinctive rock formations. It is older than those of the Permian period which began 275 million years ago. 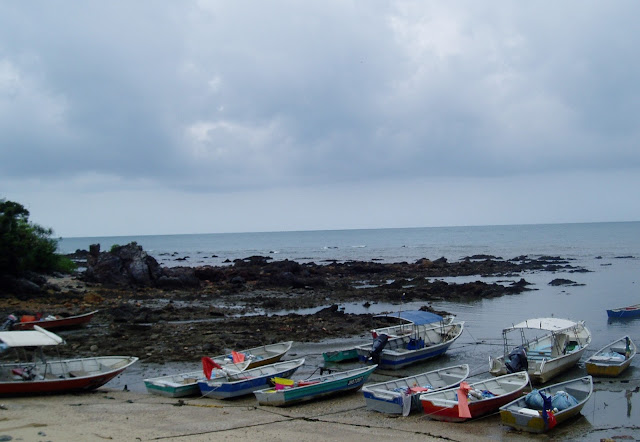 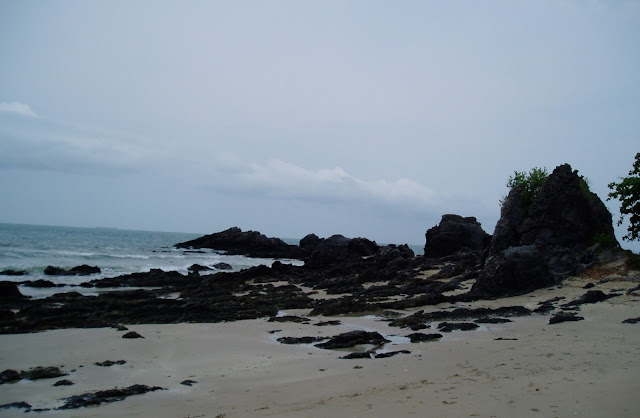 
The Tanjung Balau prehistoric geological sites exposed meta-sedimentary rocks with records of tectonic history part of the Eastern Belt of the Peninsular Malaysia. The rock, consisting predominantly of meta-quartzite, phylitte and slate; are believed to be Permo-Carboniferous age. 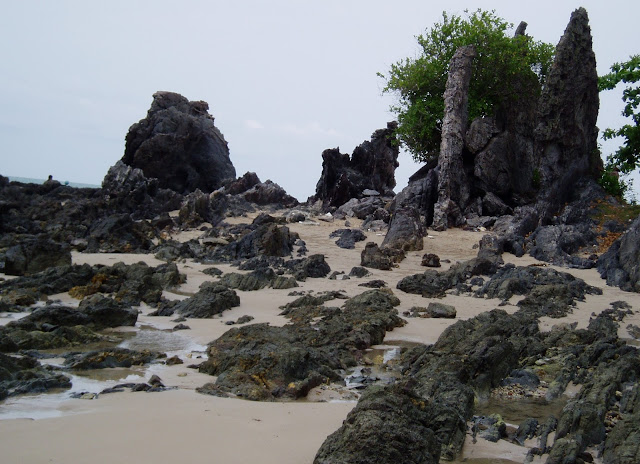 
The obvious of the geologic event recorded and implied in these rocks are well reflected by various types of complex and classic geological structures. 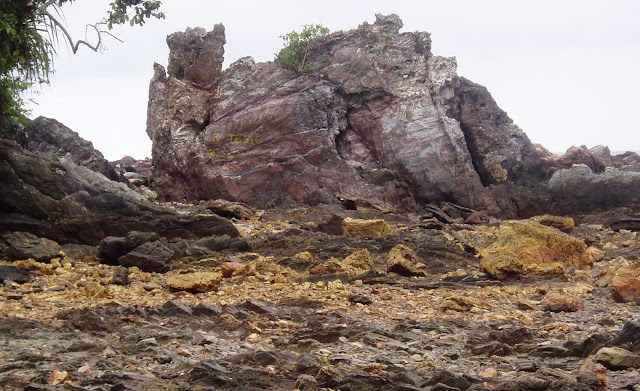 
The geometry and orientations of individual structures and their relations to other structures can be enshrined of at least three main phases of deformation. 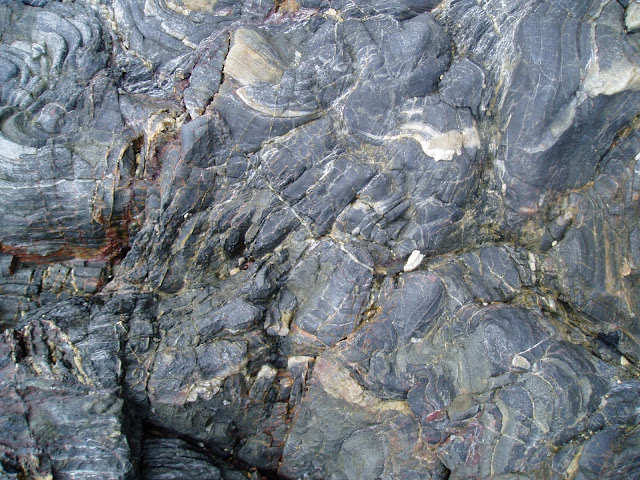 
A generalized deformation event is calculated by paleo-stress field orientations. The first deformation event (D1) is characterized by the structures such as tight to isoclinals folds associated with slaty and schistocity cleavages. 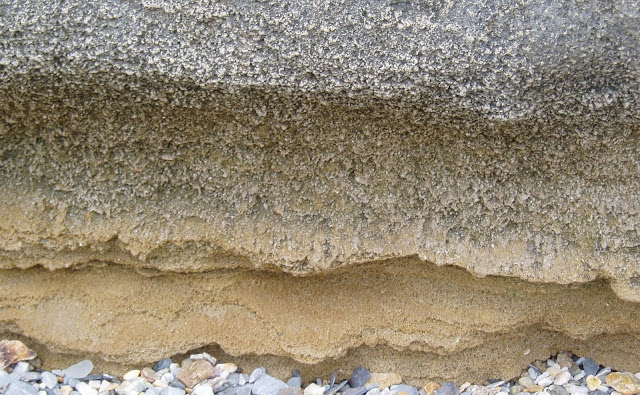 Two distinct deformation structures (D1 and D2) are in turn overprinted by the third deformation (D3) structures. It is commonly represented by open and chevron folds as well as kink bands with steeply plunging to sub-vertical axes oriented in approximately east-west direction. 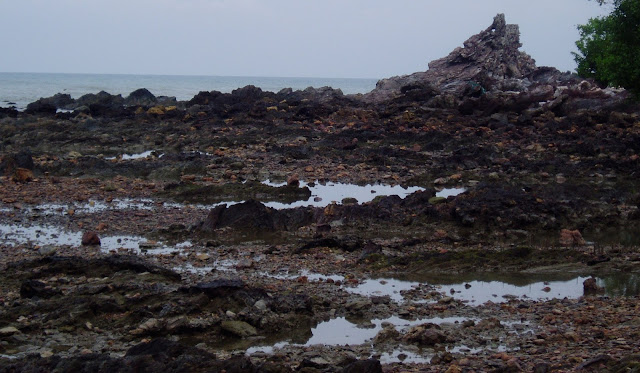 valuable treasure to the geological heritage


The great diversity of the classical examples of geological structures in Tanjung Balau suggested in greater detail from a geometric, kinematic and the multiple deformational structures.

The deformation characteristics too can provide an insight story into the kinematics evolution history of the Eastern Belt Peninsular Malaysia. The unique geological characteristics make Tanjung Balau an ideal site practical structural geology laboratory for researching, academic teaching and learning.

The presence of other geological features such as Quaternary beach deposits and piles of bauxite boulders along the coastline is also an additional valuable treasure to the geological heritage in Tanjung Balau.
The geology and landscape resources keep a record of Earth's important history. It is unique heritage and has a very interesting design which closely related to human civilization.

The Johor State Government was keen to turn the site into a geological monument. It will be gazetted under the National Parks (Johor) Corporation Enactment 1989 to facilitate research and to protect them from rock poachers. 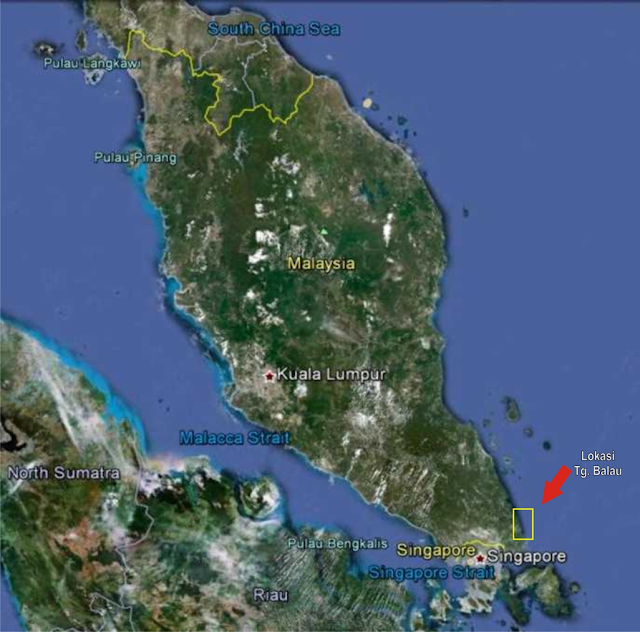 Location Map
Geologic event recorded in the rocks are well represented by various types of complex and classic geological structures. With a rich geological heritage and high scientific value, Tanjung Balau withhold the ancient secrets of life and earth, is the gateway to the discovery of the history of the country.
Geological heritage with high scientific value seems need to be preserved and developed as another resource of the nation can be fully benefited.

Posted by freelittlebrain at 3:34 AM